The production of James II’s gunmoney was ramped up in July of 1689 to include shillings and halfcrowns, as well as the sixpences first introduced in June. In August, the two coin presses in Capel Street continued production 24 hours a day, with mint workers employed in two 12-hour shifts per day.

Production rates at this pace and volume inevitably causes damage to dies and they have to be replaced. The gunmoney for August is found in a number of different varieties, e.g. 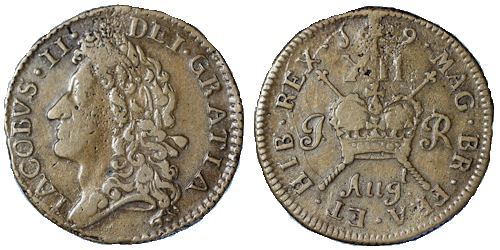 James II, Gunmoney Shilling, large size, 1689 Augt, with ‘t’ above (to the right of ‘g’) + full stop. This die variation has the ‘t’ in Augt much closer to the sceptre. Laureate head left. 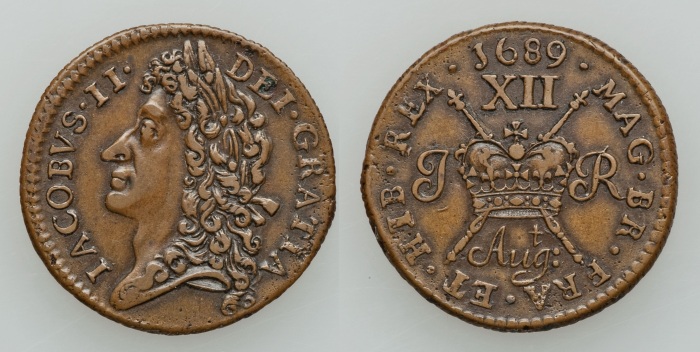 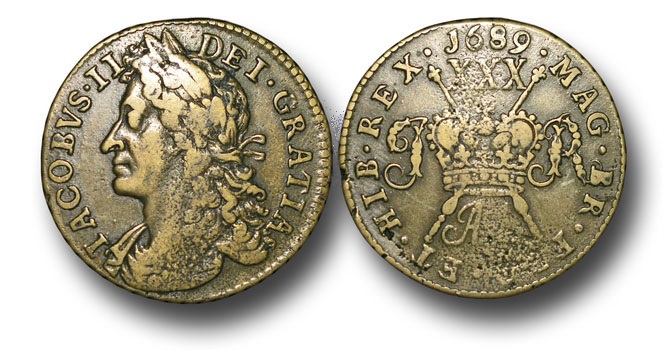 Marshal Frederick Schomberg, 1st Duke of Schomberg (at that time a Brandenburg general “on loan” to William) landed at Ballyholme Bay, near Groomsport, Co Down with 10,000 men to defend the Williamite cause in Ireland.