Hammered coins are produced by hand, whereas milled coins are produced by machine. This particular webpage is intended as a catalogue and image library of Irish ‘milled’ coins, dating from those issued by King James I (his patent farthings that were produced by third party industrialists) to King George IV.  No official coins were minted for William IV, Victoria, Edward VII or George V in Ireland – apart from a few private patterns and fantasy crowns.  Unofficial coin tokens are treated separately – see Irish Coins (Tokens).

Screw presses for striking coins were “invented” in 1506. An Italian, Donato Bramante (1444-1514) modified an existing press for striking lead seals for Pope Julius II (1503-13). Other early screw presses where built by Nicolo Grosso and used at the Florence Mint for ‘blanking’ at approximately the same time. While the screw press was a major improvement, it took more than a century to replace ‘entrenched’ moneyers and hammered coinage. Moneyers fought the innovation despite the fact coins could be struck with a screw press in quicker time creating a far more uniform coin with a better rim by cold coining. When the screw press was introduced at the London Mint in 1551, the moneyers revolted, the screw press rejected, and it was not until 1662, over a century later, that it fwas in full use there. The development of the screw press, delayed for over a century, was then widely accepted at mints around the world. It was first powered by men, and continued so, but some mints adapted it for water power, then for steam power.

By way of illustrating what we buy and sell, please link to our Pinterest image pages and/or read the relevant blog posts on Irish numismatic and exonumia topics.

Please note: this is a constant “work in progress” and I will be adding more links + more images on an on-going basis.  Collectors are quite welcome to send me images of coins that I do not already have, or better images of the one’s I have posted.

The concepts behind this page are as follows :-

Where possible, a simplified chronological order has been applied to coins minted in Ireland, minted elsewhere but intended for circulation in Ireland, or (in the instance of the earliest coins) those found in Ireland as a result of trading, gifts, votive offerings, or other forms of transaction.

Milled coins were introduced in order to prevent clipping.  The edges of these coins were ‘milled’ in order to give them a rough texture and show clearly if they had been tampered with.  Clipping was the financial scourge of medieval times and a coin could lose up to 50% of its weight (silver value) if clipped.  The penalty was high, if one was caught – the loss of a hand – but, since the main perpetrators were the bankers themselves – few seem to have been caught. 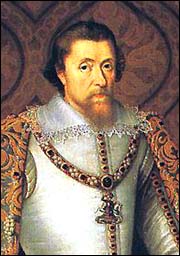 James I (pictured above) was the first English Monarch to issue ‘milled’ coins for Ireland, i.e. manufactured by machine. He granted a patent to Lord Harrington, and later to Lord Lennox, to produce ‘machined’ farthings and, although not popular and (initially) easily counterfeited, these small copper coins were the first ‘milled’ coinage for Ireland.

Charles I (pictured above) was the second English Monarch to issue ‘milled’ coins (manufactured by machine), albeit a continuation of the ‘patent’ copper farthings issued in the name of his father, James I.  Like his father, he felt the issue of copper coins was beneath him, so he licensed their production to third parties. His continuation with ‘patent’ farthings did little to reduce forgery and only resulted in a more acute shortage of ‘small change’ in Ireland and England.

In 1642 when the Puritans took control of the Parliament the copper farthing monopoly was abolished and the minting of the patent farthings ceased. In Ireland, our history is usually taught in an “Ireland struggling for independence from England” context but the Great Rebellion of 1641-49 can be viewed as part of an European-wide crisis. English history also focuses on a purely Royalist v Roundhead narrative but this too, is an over-simplification of the pan-European crisis.

The middle years of the seventeenth century saw a scale of disruption, social as well as political, that has caused some historians to write about a ‘seventeenth-century crisis’. It was a period of poor climate, bad harvests and food shortages but can these alone account for the widespread disorder?

Charles I was a deeply unpopular king – distrusted by all sides of the religious divide, leading to a conflict known as the War of the Three Kingdoms (which included the Bishops’ War in Scotland, the Civil War in England and the Great Rebellion in Ireland).

With the outbreak of war, various towns declared for the King or for Parliament and long sieges began. The local governments of these towns had to pay their soldiers, who in turn, had to pay for their food and other expenses … and they produced silver coin from plate to supplement whatever currency existed in the town before the sieges began.

Strictly speaking, these ’emergency’ coinages are ‘hammered’ coinages – some were cut directly from silver plate, where others were produced from flans made from an alloy of melted plate.

These coins are very different to the later ‘unofficial’ 17th C Irish farthing tokens that proliferated from the the 1750’s onwards in Ireland, insofar as they were :-

One of only 2 gold coins to have been minted and circulated in Ireland – Duke of Ormonde’s gold coinage of 1646-7, Pistole, Dublin, undated, stamped 4dwt 7grs both sides, rev. without secondary colons, 6.62g/4h (Seaby and Brady 3, dies 1 and 3; S 6552; DF 269). Strictly fine but extremely rare, believed to be one of only two specimens available to collectors.

The Interregnum was the period between the execution of Charles I on 30 January 1649 and the arrival of his son Charles II in London on 29 May 1660 which marked the start of the Restoration. During the Interregnum England was under various forms of republican government led by Oliver Cromwell (pictured above) and his son, known as the Commonwealth of England.

For a more indepth treatment of tokens, please go to my Irish Tokens page.

The Restoration of the Monarchy (1660) 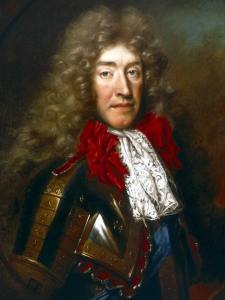 James II (pictured above) was the second son of Charles I and the younger brother of Charles II. During the English Civil War he was captured but fled to exile on the continent. He distinguished himself a soldier, returning to England at the Restoration of his brother, Charles II, in 1660. When Charles II converted to Catholicism on his death bed, people suspected that he was a Catholic throughout his reign, thus raising fears of a Catholic monarchy re-asserting itself in England.

In 1660, James married Anne Hyde, daughter of Charles II’s chief minister and they had two surviving children, Mary and Anne (both raised as Protestants) but in 1669, Prince James converted to Catholicism and took a stand against a number of anti-Catholic moves, including the Test Act of 1673.

This, together with James’s attempts to give civic equality to Roman Catholic and Protestant dissenters, led to conflict with parliament.

Fearing that a Catholic succession was now assured, a group of Protestant nobles appealed to William of Orange, husband of James’s eldest daughter Mary. What began as the Glorious Revolution (a bloodless coup) ended in one of the bloodiest conflicts in Irish history (the Williamite Wars).

Before his forced abdication in 1688, James II attempted to alleviate the chronic shortage of coppers in Ireland by introducing regal halfpennies.

After his abdication, he introduced a completely new ‘fiat’ currency – made from a ‘base’ metal, and a promise to redeem its value in silver at a later date – although he had no silver or gold reserves to back it. Although ‘sneered at’ by his enemies and other detractors at the time, the idea was enthusiastically taken up by his nemesis (William III) and by the newly formed Bank of England less than a decade later. A currency without ‘specie’ reserves is now called a ‘fiat currency’ and every country in the world today now runs a ‘fiat currency’ based on trust – just like that of James II in the late 17th C.

The Williamite Campaign in Ireland can best be summed up by looking at a timeline of the gunmoney coinage issued by the deposed King James II during the early reign of William & Mary. Uniquely, these coins displayed the month + year of issue.

The ‘War of the Two Kings’ in Ireland would be swept up into the larger War of the Grand Alliance, a nine year conflict that raged throughout north-western Europe from 1688 to 1697. The Grand Alliance would be an allied effort of various European powers arraigned against France, and the combat in Ireland was one of the earliest clashes in this larger war. In effect, it was only a side show for a much greater conflict between William of Orange (and his allies) and the King of France, Louis XIV, le Roi-Soliel – the sun King.

Following the economic damage and political disruption caused by the mint in Dublin (used by James II to produce his gunmoney), William & Mary ordered the production of all future Irish coinages to be moved to London. The two coin presses, production tools and dies were taken to London and retained by the Royal Mint. 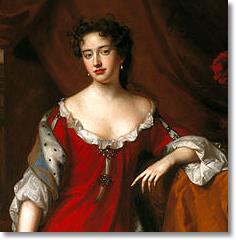 The early 18th C was a period of relative peace in Ireland, unlike the catastrophic religious, political and military upheavals on both sides of the Irish Sea during the previous century. This gave Irish trade & commerce a chance to develop, and a democratic two-party system emerged in the Westminster and Dublin parliaments – albeit with a very limited electorate. Once again, small change (copper coinage) was in short supply and kept small businesses in check – this would be a problem for her successor (George I) to sort out.

No Irish coins were issued under the name of Queen Anne

The House of Hanover 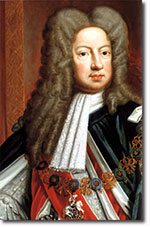 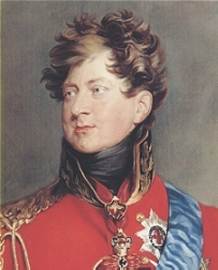 The Act of Union between Great Britain & Ireland formally took place in 1801 but monetary union did not happen until 1825. Before this happened, George IV issued copper pennies and halfpennies for Ireland – the last Anglo-Irish coinage to be produced.

If you have any queries regarding Early Irish ‘milled’ coins, please email us on

If you found this website useful, please connect to me on LinkedIn and endorse some of my skills.