In 1911, the National Insurance Act, introduced on July 1st, created created an unusually large demand for bronze and silver coins. The Royal Mint could not meet this demand, so some of its production was sub-contracted to a private mint – The Heaton Mint, Birmingham.  A massive 16,800,000 pennies were minted here in 1912 – all showing the mintmark “H” in the exergue to the left of the date.

Apart from 1912, the Heaton Mint (The Mint, Birmingham Ltd.) was sub-contracted to provide some of the circulating coinage of Great Britain in 1918 and 1919 too. The 1912 penny is the most common of these issues but still scarce in comparison to normal penny mintages of the period.

Great Britain. Penny, 1912-H (Heaton Mint, Birmingham). Uncirculated with mint red. This type was struck in large numbers throughout the reign of George V (1911-36) but the obverse had to be modified in 1926 (KM 826) and again in 1928 (KM 838) to alleviate striking problems, including the “ghosting” visible on the reverse of this specimen.

Perhaps less well known than those of George V, are the Victorian pennies produced by the Heaton Mint. Ralph Heaton pioneered the modern mill striking of bronze coins and he had established a solid reputation abroad before the Royal Mint approached him about the transition from copper to bronze coinage in Great Britain & Ireland, c. 1860.

Initially, Heatons supplied the Royal Mint with planchets but they also minted coins on their behalf – mostly anonymously. They did, however, produce some pennies with the Heaton mintmark (H) in 1874-6 and 1881-2.

Most of these early Heaton Mint coins are scarcer than their George V counterparts – especially in the better grades. And there are many sub-varieties, e.g.

The Heaton Mint (The Birmingham Mint)

The Heaton Mint in Birmingham was founded in 1850 by Ralph Heaton Jr, the son of a local inventor and entrepreneur. Using second-hand equipment purchased from Matthew Boulton’s old Soho Mint, Ralph Heaton pioneered the modern mill striking of bronze coins, and was also contracted to produce bronze denominations for France, Italy and various other countries around the world.

In 1860, the Heaton Mint was also sub-contracted by the Royal Mint to strike Britain’s new bronze penny, half-penny and farthing issues, which it continued to do until the 1880s, when the Royal Mint purchased machinery from the firm to allow it to strike its own bronze issues.

Contracts for producing coins and coin blanks from around the world allowed the Heaton Mint to become the largest private mint in the world at this time. In addition to the production of coins and blanks, the firm manufactured metal parts for ammunition, gas fittings, medals, ornaments, plumbing fittings, rolled and strip metal, tube and wire.

During the First World War, the Mint was also employed in other aspects of metalwork, producing brass and copper tubing for bullets and artillery rounds.

From 1935 onward, coin and coin blank production became a less and less important part of the business compared to other aspects of manufacturing, such as the manufacture of copper tubing for use in industry and armaments. 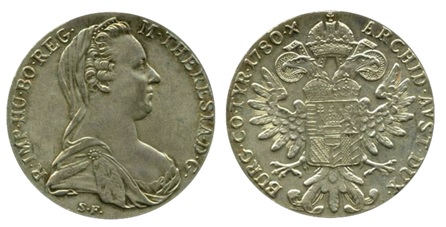 Some of the last coins produced at the Mint were several million Euro coins issued for circulation in Europe. However, the firm was undergoing financial difficulties at this time, and closed in 2003, with most of its equipment sold off to rival mints, including Lord’s Security Mint Ltd and the Pobjoy Mint, who continued the Heaton Mint tradition by buying equipment cheaply from an old defunct mint and putting it to good use themselves.

One thought on “GB & Ireland – Pennies Struck by the Heaton Mint”