By September 1689, James II’s so-called gunmoney continued to be produced in huge volumes at Capel Street in Dublin. A common misconception is that the coinage with 9r equates to September but it, in fact, refers to November – the 11th month of our modern (Gregorian) calendar but the 9th month of the old Julian calendar. 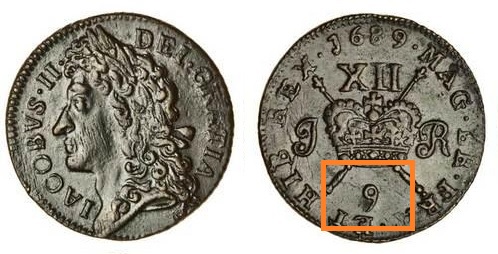 The gunmoney of September 1689, like in the months preceding, offers a rich source of study for the numismatic researcher and collector. There are lots of small die variations, which suggests large numbers of coins were produced.

The major variations are now very collectable and are also very affordable when compared to contemporary ‘regal’ issues and, of course, they are so rich in history.

1689 Large size Proof Sixpence, Sepr, with ‘r’ above ‘p’ in Sep. This example was produced by the James press (pearled bands on crown) 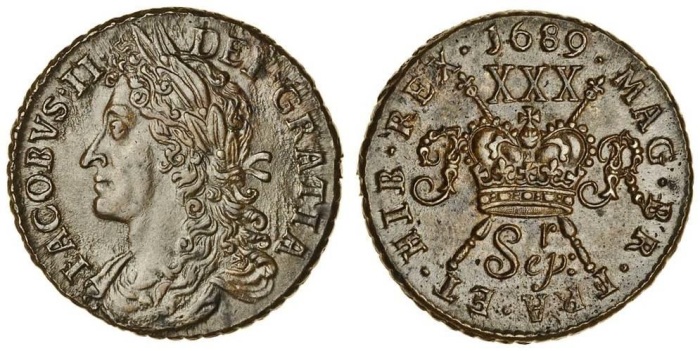 Thus, it is apparent that there were four very separate sectarian agendas were in play during the so-called Jacobite Supremacy in Dublin (and the rest of Ireland). Consequently, they made James II’s return to the English throne impossible, any sort of compromise unlikely and a subsequent Williamite invasion of Ireland inevitable.

One thought on “James II & his Gunmoney: September 1689 (timeline)”