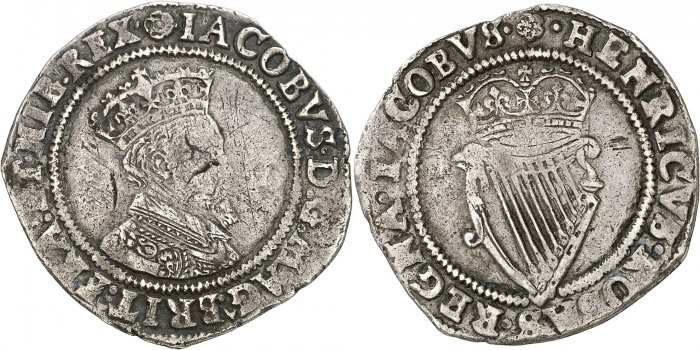 James I, 2nd Coinage. Irish Shilling, no date, but the mint mark: Rose denotes the year 1605-06. Struck at the Tower Mint, London.

James was King of Scotland from 1567 and in 1603 he succeeded Elizabeth I, uniting England, Scotland, and Ireland. He based himself in England and reigned in all three kingdoms for 22 years, using the title King of Great Britain and Ireland, until his death in 1625 at the age of 58.

Other Coins in the Series: