Watson’s Bank was located on Johnston Street, in Clonmel and was founded by Solomon Watson in 1800, along with two of his brothers (John Watson and William Watson) as partners. The Watson’s were a well known Quaker family in Clonmel and their bank went through 3 partnership changes before ceasing operation in 1809.

In the Stamp Duty records of 1803, this bank is recorded as having paid stamp duty on 34,400 notes under Three Guineas and 1,500 notes under Ten Pounds. When John Watson was replaced as a partner by Robert Banfield, the bank was at the height of its financial success. 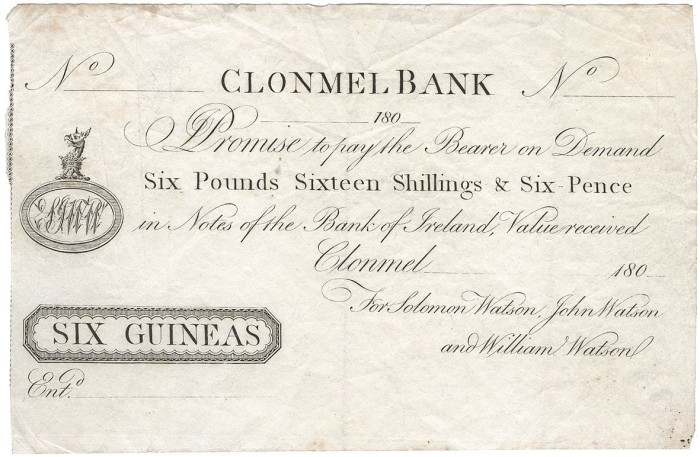