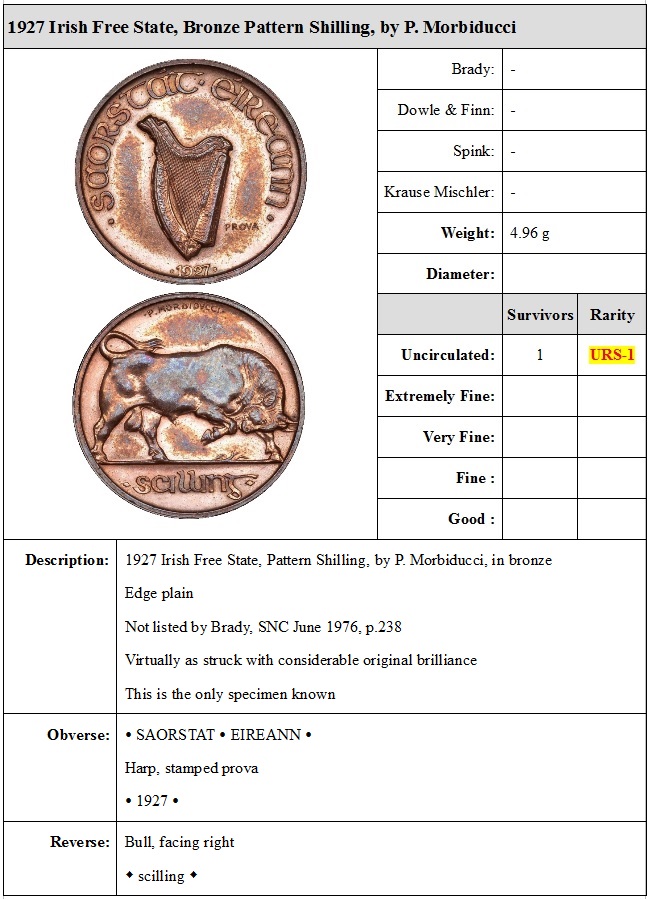 This is a ‘pattern’ coin entered by the Roman sculptor Publio Morbiducci (1889-1963) for the competition to design Ireland’s new money in 1928. Although unsuccessful, Morbiducci’s designs are considered to be some of the finest in terms of their classical Italianate forms.

Struck by the Milanese medallists Lorioli Castelli (later known as Lorioli Fratelli), the precise numbers of pieces which exist are uncertain, although the best previously published estimates were by Brady in 1976.