William IV re-introduced the groat as a coin for circulation in British Guiana but, towards the end of his short reign, it was proposed for general circulation in the UK by MP Joseph Hume – hence its nickname “the Joey”

The original groat derives its name from the Dutch grootpennig (or, “big penny”). It was also known as fourpenny bit, or four pence. 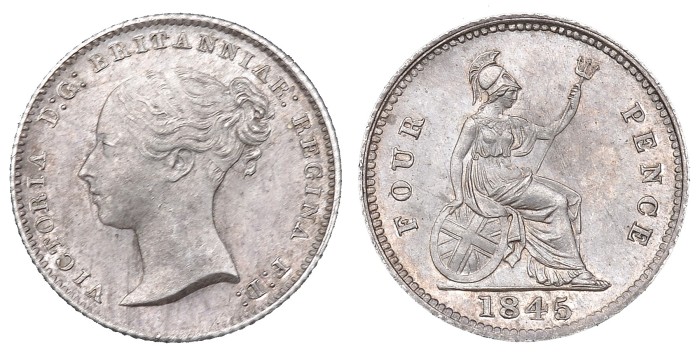 It always pays to look closely at Victorian groats for there are many interesting varieties and errors. The major varieties are listed above but illustrated below is an extremely valuable ‘mule’ – the reverse is a groat (4d) but the obverse has been struck by a threepenny (3d) die. 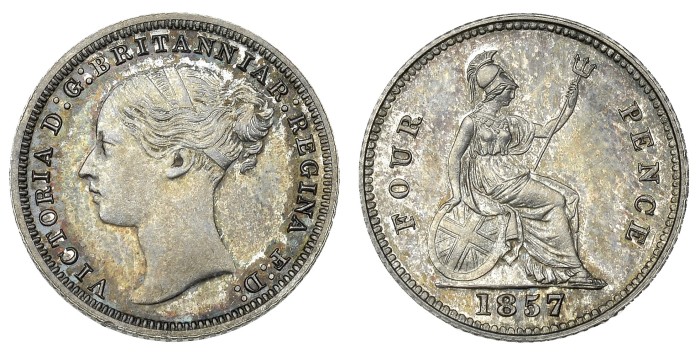 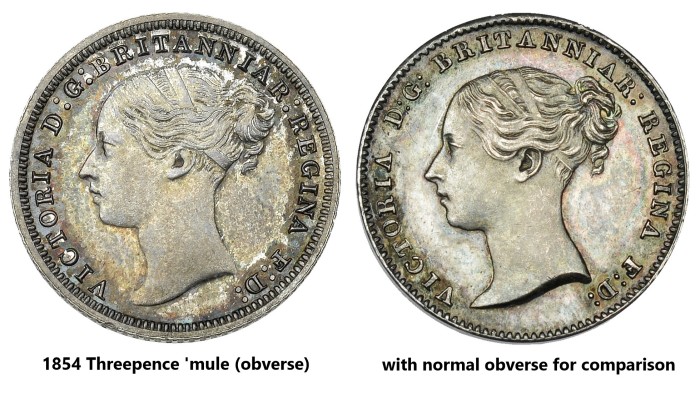 The groat ceased to be minted for circulation in Great Britain & Ireland in 1856, but in 1888 a special request was made for a colonial variety to be minted for use in British Guiana and the British West Indies. The British West Indies at that time included: Anguilla, the Cayman Islands, Turks and Caicos Islands, Montserrat, the British Virgin Islands, The Bahamas, Barbados, Antigua and Barbuda, Dominica, Saint Kitts and Nevis, Grenada, Saint Lucia, Saint Vincent and the Grenadines, Jamaica (formerly Colony of Jamaica), and Trinidad and Tobago.