This 2019 €15 Silver Proof coin marks one hundred years since the first non-stop Trans-Atlantic flight, when Capt. John Alcock and Lt. Arthur Brown landed their Vickers Vimy airplane in a bog near Clifden, Co. Galway on 15 June, 1919.

The two British pilots flew their Vickers Vimy bi-plane from St. John’s in Newfoundland, Canada to Ireland. The Vickers crew adapted a Vimy twin-engined bomber for the race, replacing the bomb bays with additional gasoline tanks. 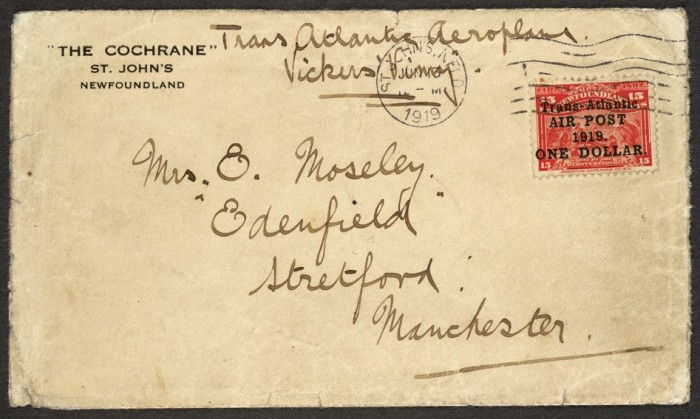 This limited edition commemorative coin is issued to celebrate this significant centenary and design by numismatic artist, P.J. Lynch. The design celebrates the huge accomplishment of Alcock and Brown, and the fact that this plane landed in Galway, Ireland – .

The Vickers Vimy Biplane is the fore of the design. Behind the plane is a period style map which helps to emphasise the pilots’ peril and demonstrates the sheer scale of their accomplishment in travelling from Newfoundland to Ireland for the very first time without stopping.