Victoria was raised under close supervision by her German-born mother, Princess Victoria of Saxe-Coburg-Saalfeld. Victoria married her first cousin, Prince Albert of Saxe-Coburg and Gotha, in 1840. 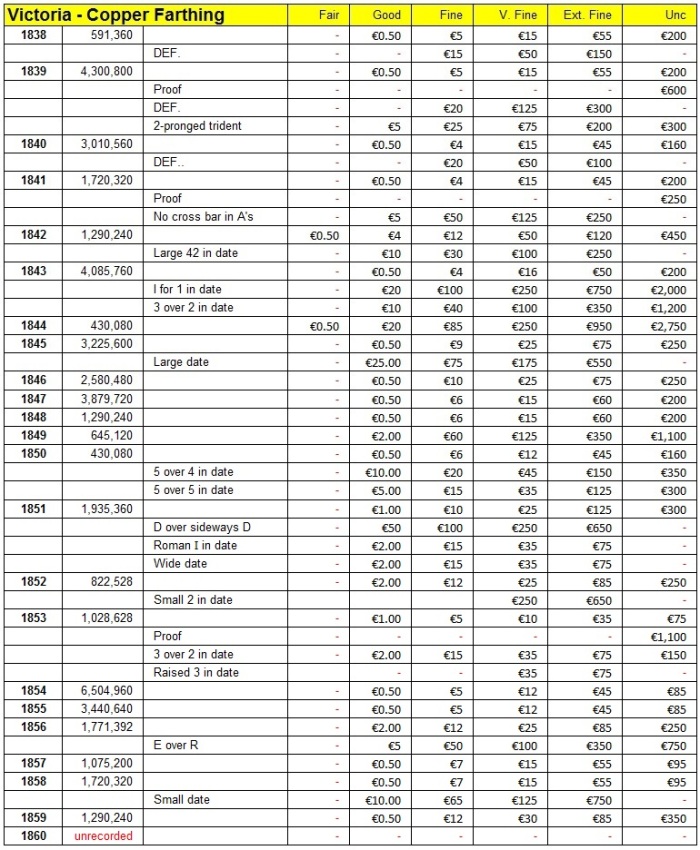 Other farthing coins in this series