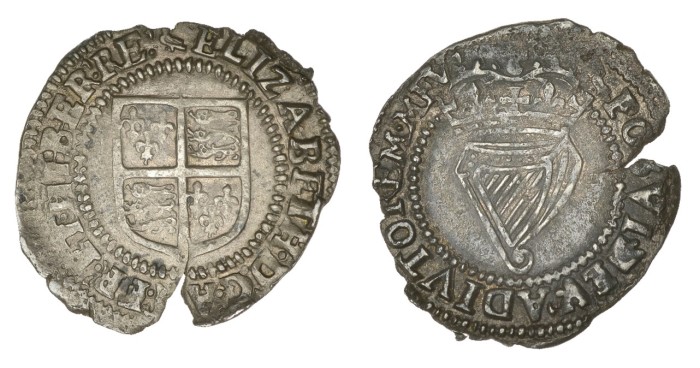 Elizabeth I (1558-1603), Third issue, debased silver Threepence, issued c. 1601-02. The reason for this coinage was to deny good silver to the rebels in the north of Ireland so they would not have anything with which to buy arms from abroad. The idea was to flood Ireland with base money and get everything else out of circulation.